Namibian PH Says Hunting Is the Game Changer for Conservation 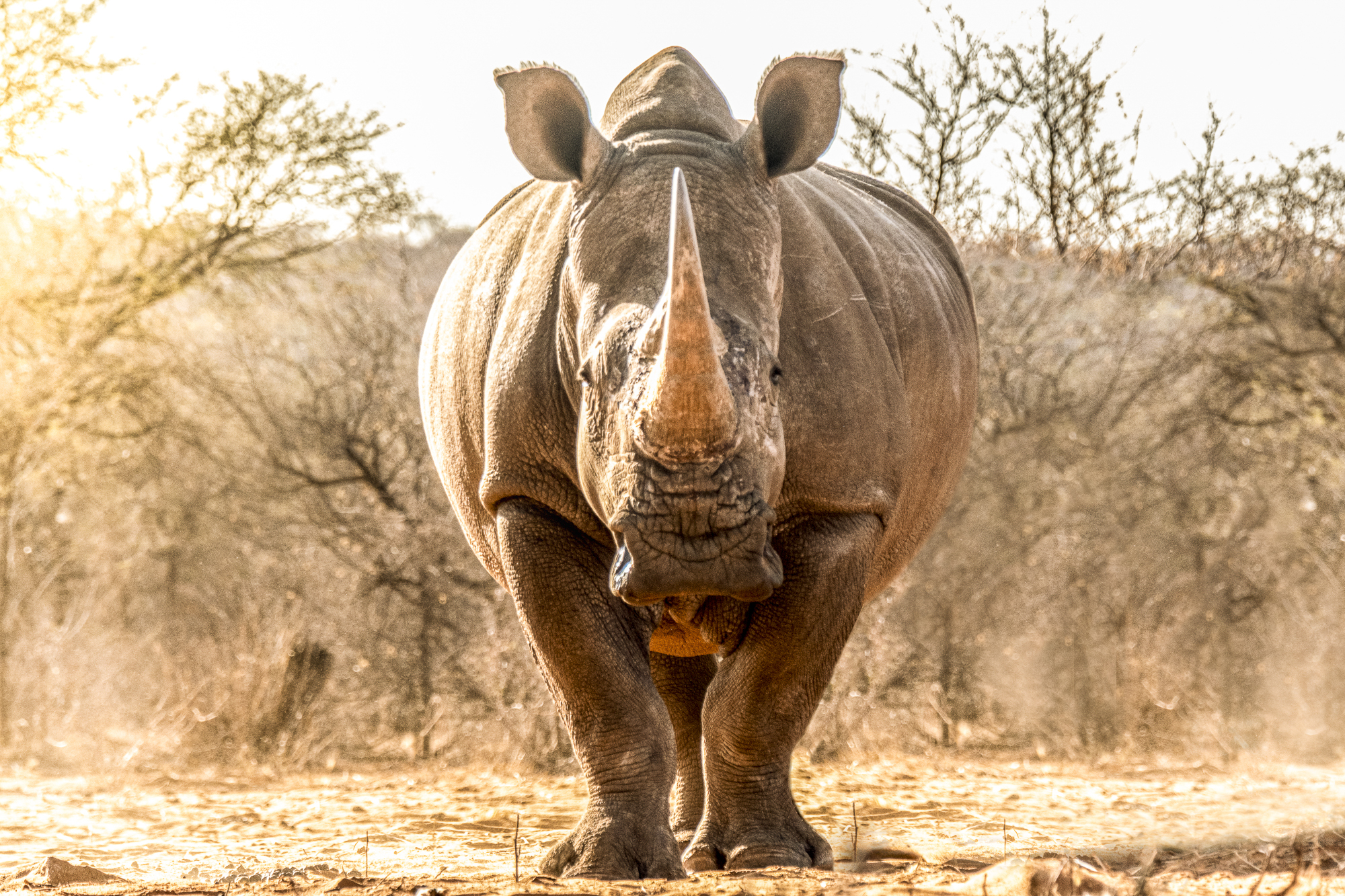 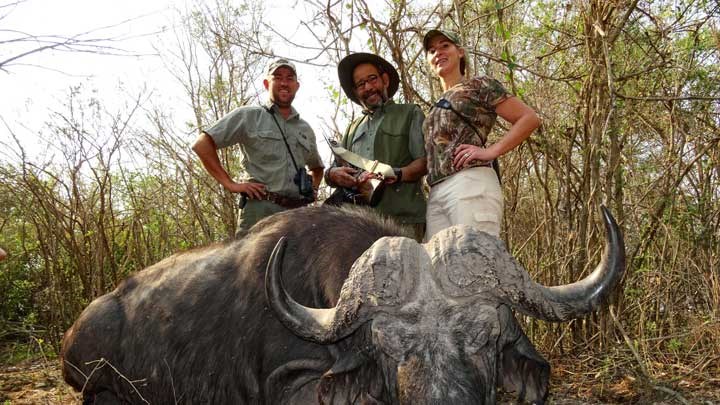 Danene van der Westhuyzen grew up in Namibia and began hunting with her father at an early age, and one of the lessons that she remembers most about those early days in the field is her father’s respect for wildlife. Danene learned as a child that hunting and a love of nature and animals was congruous, and that hunting was a very effective form of wildlife conservation.

Now, years later, Danene has become one of the strongest and loudest voices for hunter-based conservation efforts, both in her home country and abroad. Even though she is a certified optometrist, she has devoted much of her life to hunting. For more than a decade she has worked as a professional hunter, and in 2012 she obtained her dangerous game hunting license—the first woman in Namibia to do so. Today, she operates Aru Safaris in Namibia and serves as the president of the Namibian Association of Professional Hunters (NAPHA). She also serves on the Namibian Conservation Board, the Dallas Safari Club’s Conservation Advisory Board and on the Board of Directors of Conservation Force while serving as the CEO of the Operators and Professional Hunting Associations of Africa.

Danene van der Westhuyzen is on the front lines of the battle to save African wildlife and has seen just how effective hunting is as a conservation tool, as this website has noted repeatedly. Here’s a look at how Namibia has become a model for hunter-based conservation—and why other nations around the world need to take notice before it’s too late. 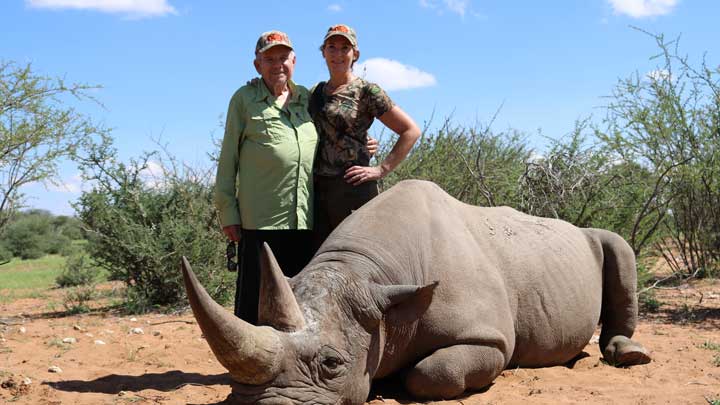 Why Hunting is Crucial in Namibia
Having declared its independence on Feb. 9, 1990, Namibia is one of the youngest nations in Africa. Despite its relative lack of natural resources (the arid environment limits agricultural and timber production) and brief history as an independent country, Namibia has established itself as one of the most stable and prosperous African nations. And much of the country’s prosperity can be traced back to its sustainable use of wildlife.

Despite its harsh landscape of rocky mountains and sand-swept deserts, Namibia is relatively fragile. Rains are sparse and sometimes don’t come at all, and the soils weren’t meant to handle being churned up by the hooves of thousands of head of livestock. Large cattle operations can quickly and irreversibly damage the soil, and cattle are not adapted to areas where water is scarce. Game farming is an alternative, and it has proven to be quite beneficial for wild game and humans. Native wildlife species are adapted to the environment and they don’t destroy native habitat like domestic livestock.

In 1998 Namibia began establishing communal conservancies, areas which came under the control of the local people so that the community could enact management plans for local resources and benefit directly from the income generated by those conservancies. Today there are over 80 communal conservancies in Namibia, and they provide millions of dollars of income to local people while encouraging conservation efforts that will sustain those yields in the future. It’s a win for humans and for wildlife, and it’s paying dividends.

“Despite the growth of our human population, our elephant population has increased from 7,000 to 23,500 over the last 20 years,” said Danene, in her address to NAPHA members in 2018. “The lion population in the northwest has increased from 20 to 150. We have the world’s largest free-roaming populations of cheetah and black rhino, and well over 70 percent of Namibia is under one or other form of conservation management. This makes for one of the world’s largest contiguous areas of protected land. We have more wildlife in Namibia today than at any time in the past 150 years.”

Why Not Ecotourism?
“We as hunters should not fear to be just that—hunters,” Danene says. “We are getting tired of ducking bullets and from being stripped from our identity (so we) conform with society to be politically correct.”

Hunting as a form of conservation clearly works, and it protects wildlife and—just as importantly—habitat. And while the effectiveness of hunter-based conservation is undeniable, there are non-hunters who feel that the same means could be achieved by declaring conservancies as non-hunting areas and promoting ecotourism. But, as Danene points out, ecotourism is rarely as effective as hunting—and far less environmentally friendly. She says that tourism will bring “an increase in asphalt roads, electricity lines, water usage, mountains of garbage and a never-decreasing list of requirements and needs to be met for the tourist wanting to observe game from already worn-out gravel roads.”

Vehicle traffic, water consumption and increased infrastructure, which comes at the price of habitat, are all ways in which ecotourism seriously impacts wild lands. Lauded by anti-hunters as the alternative to hunting, ecotourism is a double-edged sword. It requires a significant investment that increases the impact on the environment, yet it only provides a profit for local people if there are high numbers of visitors each year. Either way, wildlife loses.

“By contrast, one hunter seeks nothing more than unspoiled open landscapes, and wild animals unaffected by humans,” Danene says. “Such a hunter brings the same amount of revenue into our country as roughly 2,000 tourists.”

Hunting works as a conservation tool and is important to people and wildlife. Those who refuse to see that rely on emotional narratives that bear no positive impact on Africa’s game. And it’s time we change that narrative.

The Time to Speak
On one hand, hunters have a distinct advantage over those who oppose the sport—scientific facts and decades’ worth of data. From Kenya to Namibia, India to Botswana and even in our own backyard, we have established that hunting is an effective tool for wildlife conservation. It would seem these facts are undeniable, but animal rights extremist groups gloss over them—or label them as lies while failing to present dissenting proof—and use the weight of emotion to fool a populace that is far removed from the in-the-field realities of wildlife conservation. If we are to protect wildlife around the globe, that must stop. This is why we hunters should never shy away from discussions about our sport.

“Use every opportunity that you have to engage others,” Danene says. “There are too many things of which we do not speak. Too much shame. Be brave—Don’t you dare shy away from who you are when someone has discovered that you hunt. Not in your workplace, not in your friendship circles. Be proud about it and tell people about it. Stop hiding the fact that you hunt.”

We have a story to tell, and it’s time to tell it.

The NRA Hunters’ Leadership Forum website covers news relevant to hunters on the local, national and international fronts. We track how hunters’ dollars are spent and we celebrate our long and rich hunting tradition, exposing those who seek to destroy it. Follow NRAHLF.org on Twitter @HuntersLead.

About the Author:
Brad Fitzpatrick is a full-time freelance writer living in Ohio. His works have appeared in several NRA publications and he has hunted on four continents. Fitzpatrick competed on his university’s trap and skeet team and has served as an instructor for 4-H Shooting Sports. He’s also passionate about conservation, particularly hunter-funded projects both in the United States and abroad.